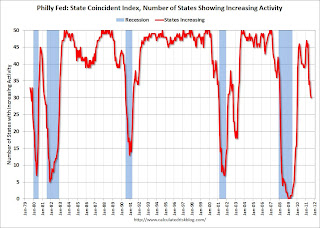 In August, 30 states had increasing activity, the lowest number since January 2010. Looking back at previous recessions, the current level is close to when the U.S. entered recession - however it is important to remember that August was an especially weak month due to the debt ceiling debate. 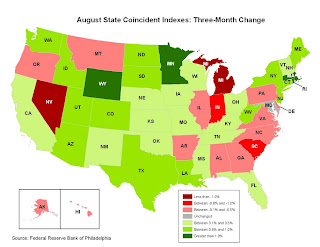 Here is a map of the three month change in the Philly Fed state coincident indicators. Several states have turned red again. This map was all red during the worst of the recession, and all green not long ago.