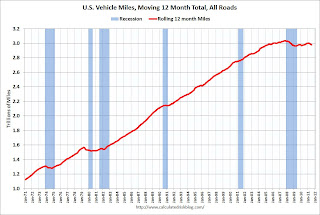 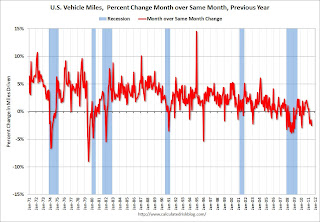 The second graph shows the year-over-year change from the same month in the previous year. The current decline is not as a severe as in 2008, but this is significant.

With the slowdown at the end of July and in August, miles driven will probably decline further in August.
Posted by Calculated Risk on 9/23/2011 05:15:00 PM
Newer Post Older Post Home