By request, here are a few more graphs ... 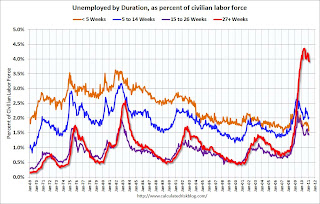 In general, all four categories are trending down. The less than 5 week category appears to be back to normal (fits with the initial weekly claims data). 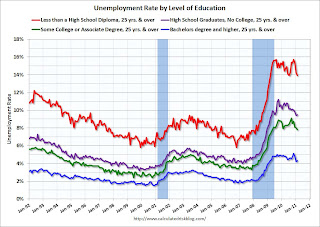 Unfortunately this data only goes back to 1992 and only includes one previous recession (the stock / tech bust in 2001). Clearly education matters with regards to the unemployment rate - and it appears all four groups are now trending down. 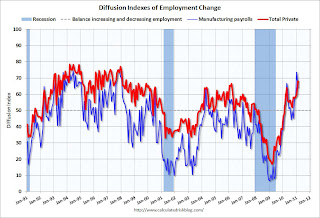 This is a little more technical. The BLS diffusion index for total private employment was at 68.2 in February, the highest level since May 1998. For manufacturing, the diffusion index decreased to 64.2.

The level of both indexes was a clear positive in the February employment report.