Earlier today I posted the usual graph of the state unemployment rate (with highs and lows since 1976). 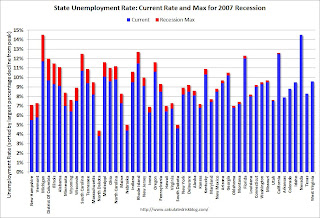