Note: I apologize for the technical difficulties this AM.

The Census Bureau reports New Home Sales in August were at a seasonally adjusted annual rate (SAAR) of 288 thousand. This is unchanged from July. 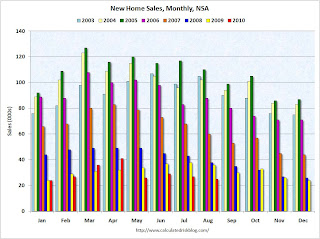 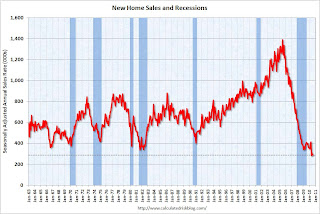 The second graph shows New Home Sales vs. recessions for the last 47 years. The dashed line is the current sales rate. 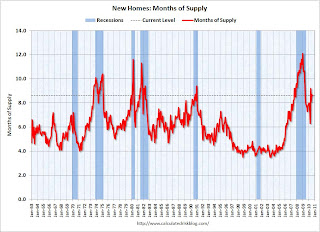 Months of supply decreased to 8.6 in August from 8.7 in July. The all time record was 12.4 months of supply in January 2009. This is still very high (less than 6 months supply is normal).


The seasonally adjusted estimate of new houses for sale at the end of August was 206,000. This represents a supply of 8.6 months at the current sales rate. 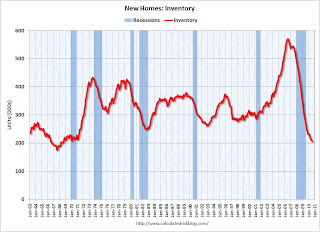 The 288 thousand annual sales rate for August is just above the all time record low in May (282 thousand). This was another very weak report. New home sales are important for the economy and jobs - and this indicates that residential investment will be a sharp drag on GDP in Q3.
Posted by Calculated Risk on 9/24/2010 10:58:00 AM
Newer Post Older Post Home