This monthly data includes prices for 20 individual cities, and two composite indices (10 cities and 20 cities). This is the Seasonally Adjusted data - some sites report the NSA data. 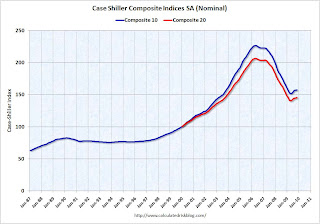 NOTE: S&P reported this as "down", but they were using the NSA data. 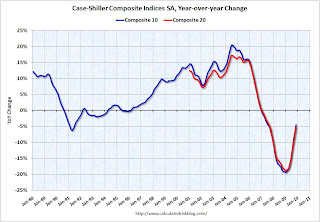 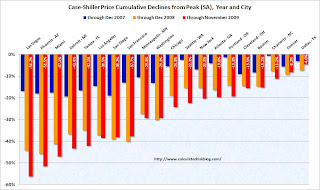 Prices decreased (SA) in 6 of the 20 Case-Shiller cities in October.

The impact of the massive government effort to support house prices led to small increases in prices over the Summer, and the question is what happens to prices as these programs end over the next 6 months. I expect further price declines in many cities.