Trade Deficit Declined in May 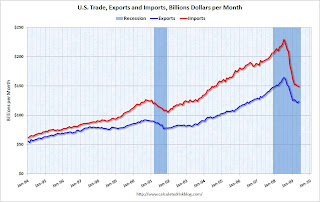 The first graph shows the monthly U.S. exports and imports in dollars through May 2009.

Imports declined again in May, but U.S. exports were up slightly. On a year-over-year basis, exports are off 21% and imports are off 31%.

The second graph shows the U.S. trade deficit, with and without petroleum, through May. 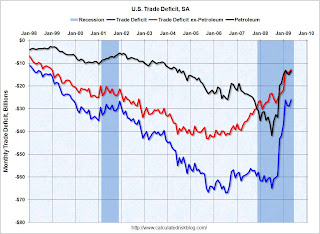 Import oil prices increased slightly to $51.21 in May - the third monthly increase in a row. Spot prices have increased since May, so oil prices will rise further for June and July.