This is the second consecutive month were vehicles miles driven were flat, or slightly above, the comparable month in 2008 (May 2009 compared to the May 2008).

The Dept of Transportation reports on U.S. Traffic Volume Trends: 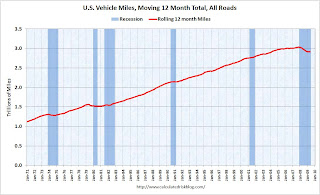 By this measure (used to remove seasonality) vehicle miles declined sharply and are now moving sideways. 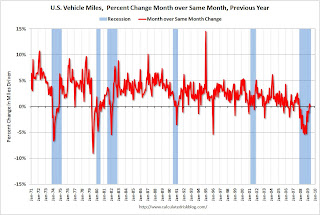 The second graph shows the comparison of month to the same month in the previous year as reported by the DOT.