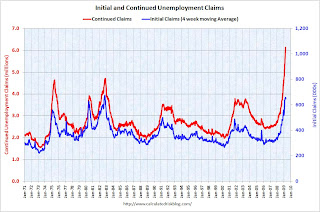 The first graph shows weekly claims and continued claims since 1971.

Continued claims are now at 6.14 million - the all time record. 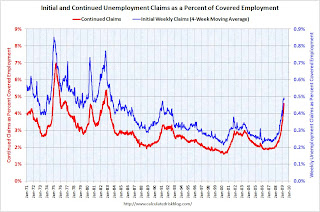 This normalizes the data for changes in insured employment, and shows the initial unemployment and continued claims are both at the highest level since the early '80s.

This is another very weak report and shows continued weakness for employment.
Posted by Calculated Risk on 4/23/2009 08:49:00 AM
Newer Post Older Post Home