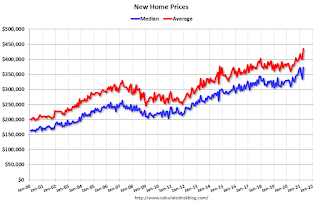 During the housing bust, the builders had to build smaller and less expensive homes to compete with all the distressed sales.  When housing started to recovery - with limited finished lots in recovering areas - builders moved to higher price points to maximize profits.
Then the average and median house prices mostly moved sideways since 2017 due to home builders offering more lower priced homes.  Prices picked up during the pandemic, and really picked up recently. 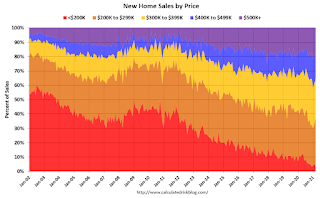