In 2018, no FDIC insured banks failed. This was down from 8 in 2017. This is only the third time since the FDIC was founded in 1933 that there were no bank failures in a calendar year. 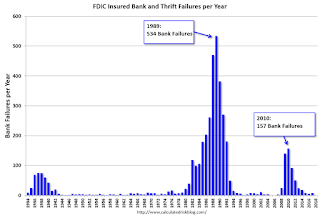 Typically about 7 banks fail per year.

This was the first year with no failures since 2006. 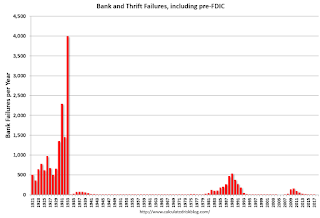 Then, during the Depression, thousands of banks failed. Note that the S&L crisis and recent financial crisis look small on this graph.
Calculated Risk at 1/09/2019 11:59:00 AM