From HotelNewsNow.com: Hoteliers gear up for busy summer


If early indications ring true, it’s going to be a busy summer for hotels across the U.S. as both families and business travelers are expected to hit the road in droves.

Several hoteliers reported to HotelNewsNow.com that advanced bookings are up dramatically year over year, backing up a new forecast by STR that predicts strong performance metrics for June, July and August. STR is the parent company of HotelNewsNow.com.

Not only is demand up, but most hoteliers said pricing power has returned and they are finally able to push rate without experiencing consequential declines in occupancy. 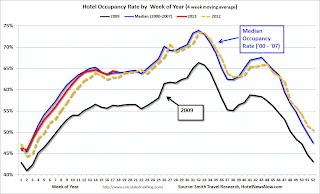 Through the beginning of May, the 4-week average of the occupancy rate has improved from the same period last year and is tracking the pre-recession levels. The occupancy rate will probably move sideways for several more weeks until the summer vacation travel starts.