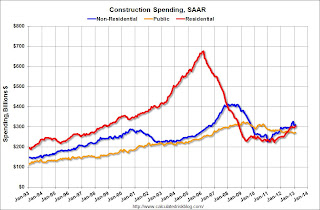 Public construction spending is now 16% below the peak in March 2009 and just above the lowest level since 2006 (not inflation adjusted). 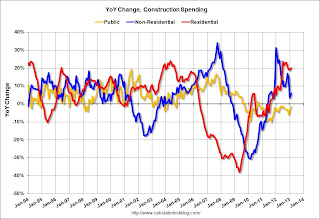 2) Private non-residential construction spending usually lags the economy.  There was some increase this time, mostly related to energy and power - but the key sectors of office, retail and hotels are still at very low levels.